A dollar today won’t be worth the same as a dollar 10 years from now. What do I mean? Well, the purchasing power of that $1 won’t purchase as much in the future due to the cost of goods and services going up. This is because of inflation, which is the hidden tax for people, as it eats away at your hard-earned money without you even realizing it.

Just think, gas used to cost 10 cents a gallon in 1930, now its costs $3-4 a gallon. The average costs for private college tuition use to be around $10K back in the early 70’s, now the average tuition at a

private non-profit college costs $34,740 a year, according to the College Board. The worst part is most people’s wages don’t increase as inflation increases, making it harder to buy goods and services that have gone up on an income that isn’t going up at the same pace. As well, real estate prices are also rising far quicker then wages in the United States, making it increasingly more difficult to own a home. Purchasing real estate is a great way to hedge against inflation because real estate prices always appreciate over time, and pretty much fall in line with inflation.

This is the main reason I always recommend people don’t just leave there hard earned money in a savings account collecting 1 or 2%, because in reality the return is just enough to keep up with inflation, which in 2018 averaged just over 2%. As a result, most people think they are at least making a return, but due to inflation, they’re really not.

Which also brings me to my next point, beating the rise in the costs of goods, or for that matter, cost of owning a home? As I mentioned, many people like to put their hard earned money in the bank, or in a pension, where the returns vary from 2 to maybe 10%. However, if you are trying to save for a home, well according to Buzz Buzz News Canada, if you were to purchase a home in Toronto, and assuming a 5 per cent down payment and 25-year amortization, the average 1980s mortgage payment clocks in at $1,698 – less than today’s average rent for a one-bedroom apartment.

With the cost of owning a home as we just saw outpacing inflation and incomes, the next generation is going to struggle in trying to own a home and will be looking to their parents to help them, which we are already seeing. This is actually quite common in many major markets where real estate prices are extremely high, such as in San Francisco, New York, Toronto and Vancouver to name a few.

Some of these markets carry an average home price north of $1 million, meaning your kid would need to save at minimum $50K just to have the minimum 5% down payment. Most kids whom just finished college don’t have 2 pennies to rub together and are usually up to their eyeballs in student debt, so for them to buy a home right away is out of the question.

As a parent, you need to start thinking long term, saving for the future, because as I just talked about, inflation is eating away your hard earned money if not being invested, and the cost of goods and owning a home are only increasing, which will make it harder in the future for kids to have the same lifestyle their parents had. WHAT TO DO NEXT: Enroll in Real Estate Investing Bootcamp 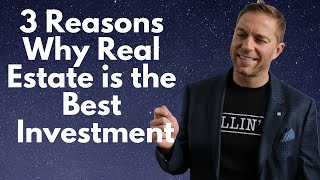